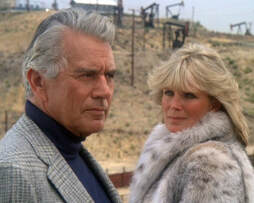 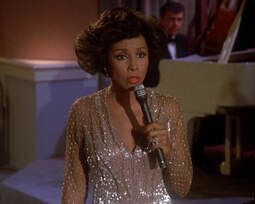 Blake uses his mansion as collateral to get a large bank loan. Dominique's husband is annoyed that she insists on staying in Denver. Jeff gets a promising lead in the search for Fallon. 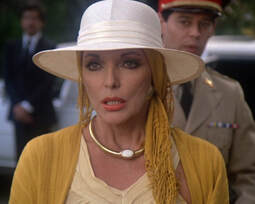 Blake seeks financial aid from a shady businessman in Venezuela. Alexis gets annoyed at the lead attorney for her upcoming murder trial and fires him. Jeff gets bad news about Fallon. 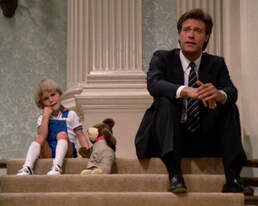 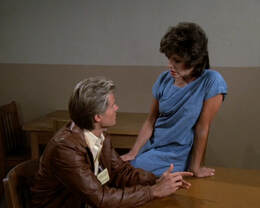 Blake testifies at Alexis' murder trial. Steven tells Krystle he witnessed the killing of Mark Jennings...but never thought to mention it to anyone before now. 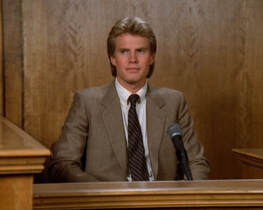 ​After damaging testimony from Steven, the jury in Alexis' murder trial reaches a verdict. 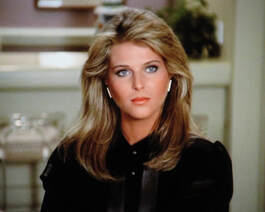 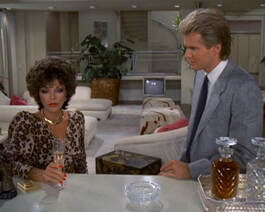 Amanda goes to the press and outs Alexis as her bio mom. Steven meets Luke Fuller, a new gay ColbyCo employee. Krystle gets miffed when Blake refuses to reinstate her as Denver Carrington's PR manager. 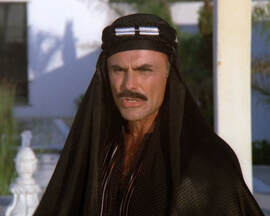 Adam and Dominique travel to Turkey to meet with Rashid Ahmed. Blake invites Amanda to the mansion for dinner. A pregnant Krystle takes a dangerous tumble down the stairs. ​ 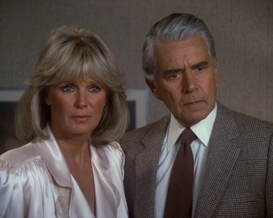 Krystle gives birth to a premature baby girl, who doesn't seem likely to survive. Claudia is miffed when Steven and Luke Fuller jet off to Santa Barbara on business. Amanda continues to flirt with Dex. ​ 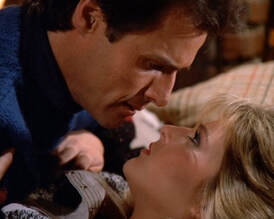 Jeff gets hopeful news about Fallon. Kristina gets a clean bill of health. Dex and Amanda take a break from sniping at each other to hit the sheets. 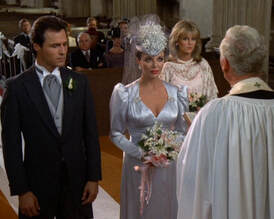 Blake buys back Allegre from Rock Hudson, with whom Krystle has a past connection. Alexis and Dex tie the knot while Amanda pouts. Claudia confesses her infidelity to Steven. 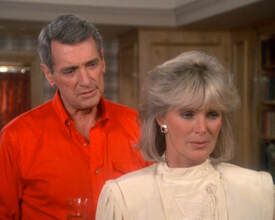 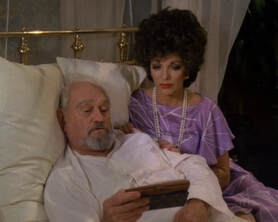 Blake, Dominique, and Alexis travel to Sumatra to witness the passing of Tom Carrington. 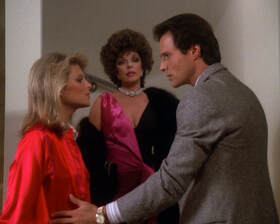 Krystle and Blake bicker over her dream of raising Arabian horses (with the help of Rock Hudson). Dex is miffed about Alexis' decision to travel to Sumatra to bid Blake's dying father adieu. Jeff and Nicole travel to Bolivia to search for the gold statue. 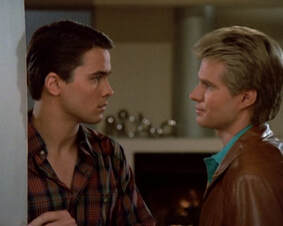 Blake turns to a rich widow named Lady Ashley Mitchell when he needs help negotiating with a Chinese delegation. Steven decides 'ah fuck it, I'm gay' and hooks up with Luke. Krystle buys her first Arabian. 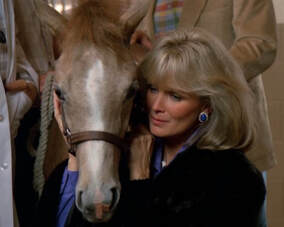 Amanda moves into Carrington manor when the canoodling between Dex and Alexis proves too much for her to handle. Blake rebuffs Krystle's attempts to include him in her passion for horses. Steven attempts to reconcile with Claudia. 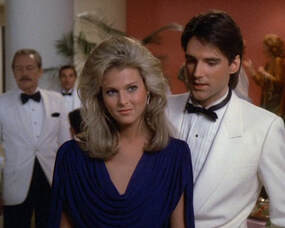 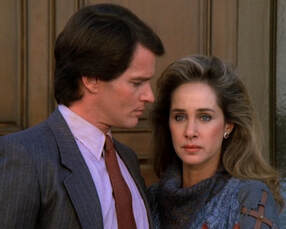 Rock Hudson declares his love to Krystle, while Blake continues to flirt with Lady Ashley. Prince Michael informs Amanda that he's betrothed to another. After an argument with Alexis, Dex leaves the U.S. to participate in a military mission in Paraguay. 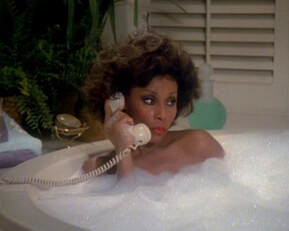 Krystle suspects Lady Ashley of sending compromising photos to her and Blake. Dominique emerges victorious in her company takeover spat with Alexis...then mysteriously collapses while performing at the La Mirage. 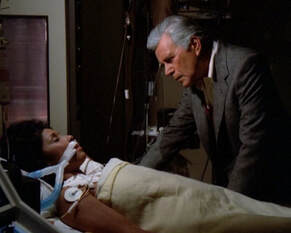 ​Dominique undergoes surgery to fix a heart valve. Jeff learns that Nicole conned him into a faux marriage and sends her packing. Dex moans Amanda's name while delirious with malaria. 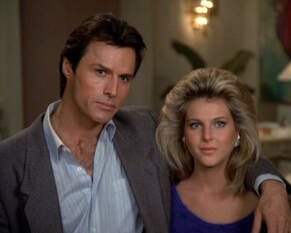 Alexis travels to Moldavia to try to convince King Galen to allow Prince Michael and Amanda to marry. Blake continues to flirt with Lady Ashley while admonishing Krystle for smooching Rock Hudson. 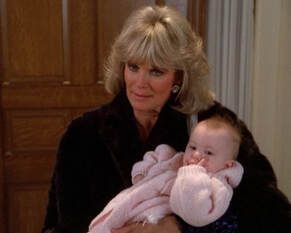 Prince Michael proposes to Amanda, who's less than thrilled by the prospect of wedding the dork. Steven continues to tentatively date Luke. Krystle tells Blake she's had enough of his hypocritical shit with respect to Lady Ashley and huffily moves out of Carrington manor. 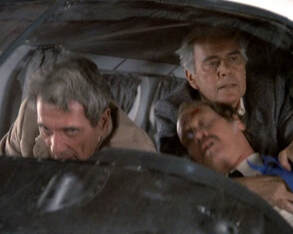 Prince Michael tires of Amanda's bitchitude and calls off their engagement. Claudia travels to Mexico to file for divorce. Blake confronts Rock Hudson aboard his private plane, and a physical altercation leads to a crash in the mountains. 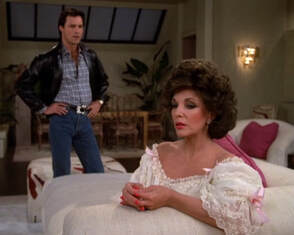 Jeff launches a search and rescue operation in the Rockies and saves Blake, Rock Hudson, and the hapless pilot. Amanda rethinks her lust for Dex and declares her love for Prince Michael. Krystle moves back into Carrington manor. 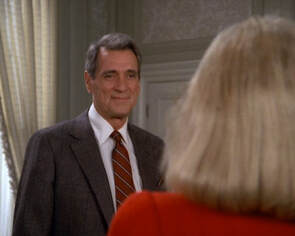 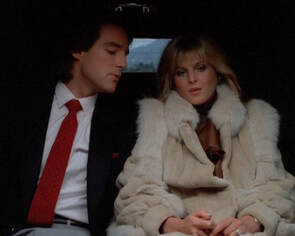 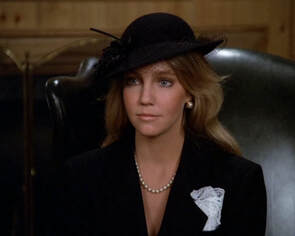 Sammy Jo is enraged when she learns that Krystle is the executor of Rock Hudson's estate. Amanda catches Prince Michael's ex attempting to seduce him. Jeff proposes to Lady Ashley. 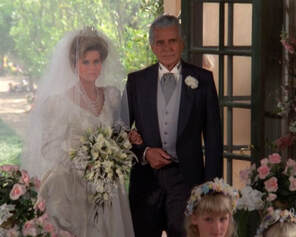