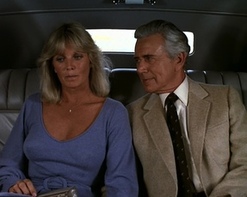 On the eve of his marriage to Krystle Jennings, Blake Carrington introduces himself to viewers as a bullying, homophobic, self-centered dickwad. Matthew Blaisel returns to Denver from the Middle East (after he and his crew are kicked out of the region) and reunites his scattered family. 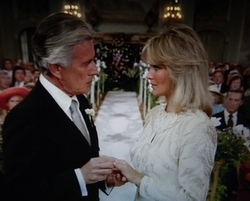 Blake and Krystle get married at the Carrington mansion while Matthew Blaisdel broods at home and refuses to doink his wife. During the reception, Cecil Colby hits on Fallon, Jeff makes homophobic remarks to Steven, and Walter crashes the party and is attacked by Blake's two Dobermans. 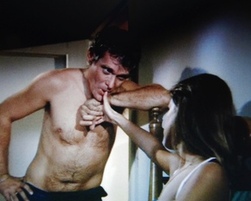 Blake and Krystle cut their honeymoon short when Blake learns that the volatile situation in the Middle East could have a disastrous effect on Denver-Carrington's finances. Matthew buys Claudia a car, but she's too freaked out to drive...but then drives anyway, gains confidence, and starts acting less nutty. Krystle is having trouble adjusting to the surliness of the servants, so Blake orders them to behave less dickishly toward her. 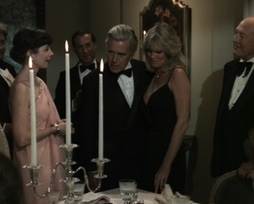 Blake throws a dinner party at the mansion and invites Walter, Matthew, and Claudia. Fallon appeases Cecil and pretends to be into Jeff, and Matthew declares his everlasting love to Krystle in a conversation that's overheard by Fallon and Jeff. 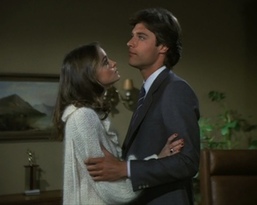 Fallon gets pressure from Blake and Cecil to marry Jeff, so the two elope to Vegas and seal the deal. Steven's former lover, Ted, arrives in Denver and tries to convince Steven to resume their relationship. In an effort to get into Blake's good graces, Michael threatens to hurt a banker's children if he refuses to cut off credit to Matthew's and Walter's rig operation...and Blake is very impressed with his "initiative". 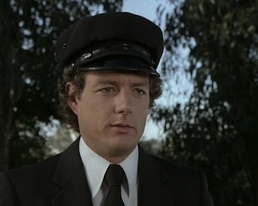 Michael learns that Fallon married Jeff because of a pact she made with Cecil, and then tattles on her to Blake. Matthew invites Steven over to his house for dinner...and when Steven and Claudia are alone together in the kitchen, they kiss (yes really). Lindsay wigs out when a boy tries to make out with her. 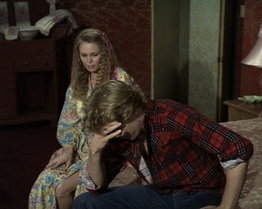 Walter takes Steven to a bordello in an effort to "fix" him, but Steven isn't into it and spends his visit watching TV with the hooker. In an effort to dodge his creditors, Blake bullies Krystle into signing papers that gives her unwanted ownership of his sub-corporations. After a particularly nasty altercation with Blake, Steven packs his bags for New York, but then Fallon convinces him to stay. 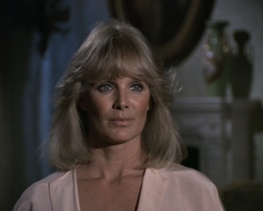 Blake continues to brood about Matthew's oil rig operation and tries to figure out who gave him additional financing. Fallon tries to convince Ted to stay away from Steven, but ends up liking the guy. Lindsay discovers that her parents got married soon after her mom got knocked up, and has a really ugly cry about it in the school parking lot. 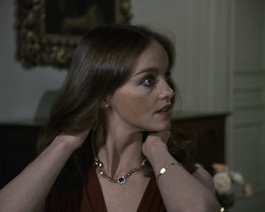 Matthew's and Walter's well strikes oil. Claudia gets miffed at Matthew when he refuses to allow her to hang out with him at the rig, so she retaliates by going to a singles' bar and picking up a strange man. Blake gives Krystle flowers the day after he rapes her, and she quickly forgives him for his monstrous actions. Lindsay asks her father whether or not she's a bastard and gears up for another ugly cry. 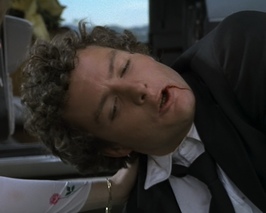 Steven moves out of the mansion and into an apartment - and he and Claudia resume their implausible affair, which is soon discovered by Lindsay. Michael gets beaten up by three of Blake's thugs in retaliation for having sex with Fallon, and when Fallon confronts Blake about the beating, he yells at her to focus on her marriage and stop sleeping around. 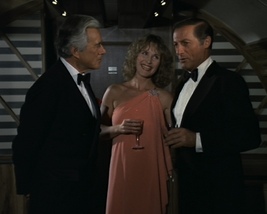 Blake and Krystle throw a birthday party for Cecil, but it goes terribly wrong when Jeff, after hearing that Fallon married him because of the deal she made with Cecil, gets drunk and rants and raves at all the party guests. Michael tells Blake that Krystle pawned the emerald necklace he gave her, and he acts more passive-aggressive and dickish toward her than usual. Ted returns to Denver, and he and Steven rekindle their romance. 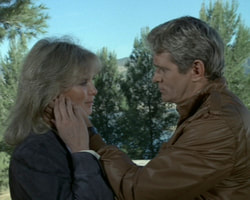 Krystle decides she's finally had enough of Blake's drinking and douchebaggery and walks out on him. Steven tells Claudia that he and Ted shared a night of passion, so she resigns herself to her boring marriage with Matthew. Blake is enraged when he catches Steven and Ted hugging...and reacts by angrily shoving Ted across the room, which causes him to hit his head and instantly die. 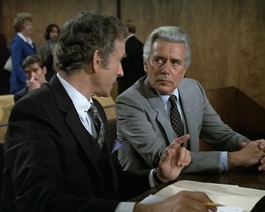 After Ted Dinard is pronounced dead at the Carrington mansion, Blake is arrested, charged with first degree murder, and put on trial - all in the same week. 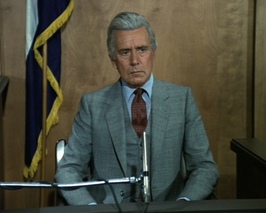 As Blake's murder trial drags on, the lawyers cross examine Krystle, Joseph, Claudia, Blake, and a bordello hooker who claims Steven doinked her.