The Facts of Life homepage  >  Season 4 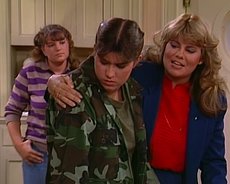 When Jo's scholarship gets cut from Eastland's budget, she pissily refuses to accept help from Blair's family's scholarship foundation. 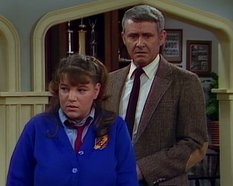 Natalie gets into hot water with the headmaster when she writes a story about abortion, and attributes all of her "personal point of view" information to a faux source named Louise. 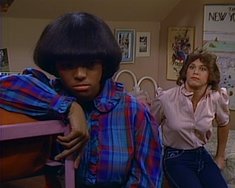 Tootie gets an ear infection, and for some unfathomable reason refuses to see a doctor. 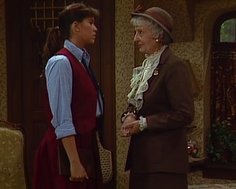 Jo lips off to Eastland's oldest graduate, and the old woman responds by making Jo the beneficiary of her estate. 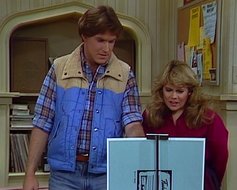 Blair is instantly smitten with Roy's attractive new delivery assistant...but when she learns he's special, she recombobulates her intentions and takes him on as a pet project. 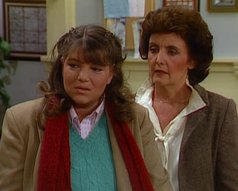 When Natalie learns the name of her bio mom, she tracks her down in the phone book and meets her for the first time. 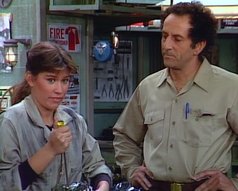 Jo's budding romance with a fellow mechanic sours after she - and not he - is offered a promotion. 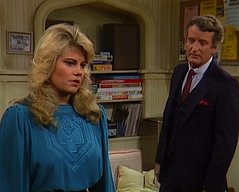 Blair becomes disillusioned with her father when she learns that he cheats on his taxes. 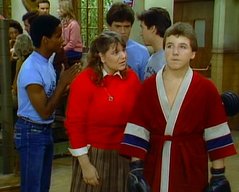 In another failed spin-off attempt, Natalie drops by the Stone Military Academy to watch Alfred Webster compete in a boxing tournament. 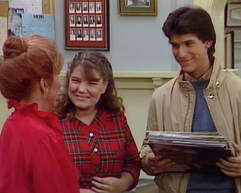 Natalie tries to get the rest of the Facts gals to boycott a Sadie Hawkins dance...but then abandons the effort when the boy she likes tells her he wants her to invite him. 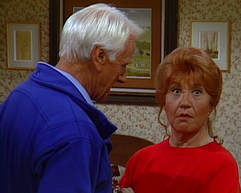 Mrs. Garrett's new beau proves what a total dickwad he is when he hurts his back at Eastland, stays indefinitely, and expects to be waited on hand and foot. 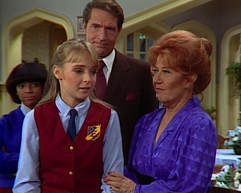 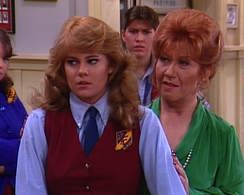 The Facts gals are appalled when Blair gets dissed by her shitty boyfriend. 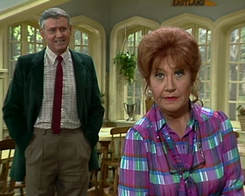 When the Facts gals learn that Mrs. Garrett suffers from high blood pressure, they try to shield her from any and all stress...which ends up stressing her out more than she'd otherwise be. 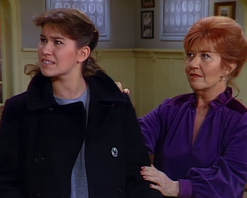 Jo is devastated when she learns that her favorite teacher is leaving Eastland because of an unspecified deadly illness. 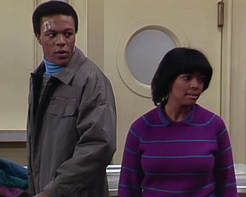 Tootie's brother comes to town, and it soon becomes clear that he's an out-of-control boozer who routinely gets behind the wheel after a few too many drinks. 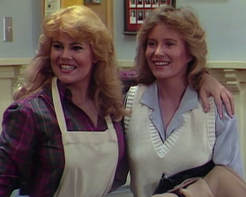 Blair is shocked and appalled when her step-sister announces that she's becoming a nun...and also when Jo expresses an interest in following in her footsteps. 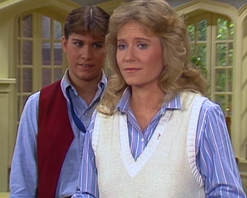 Jo rethinks becoming a nun after she punches Blair in the face. 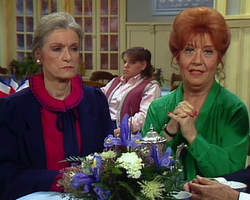 Mrs. Garrett is stressed out when her former mentor from France, Chef Antoine, drops by Eastland for a visit and brings along three glum family members. 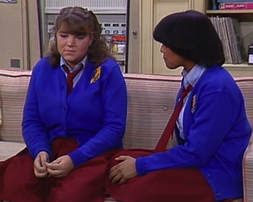 Tootie gets pissy when Natalie spends all of her free time with her new boyfriend, Gil. Jo enters the stock market, but is too nerve-wracked about the rising and falling of stock prices to give it much of a chance. 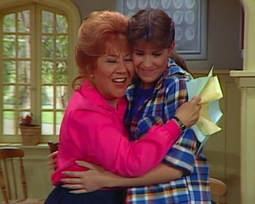 Jo gets an acceptance letter from Langley College, but turns it down 'cause she doesn't want to hit up her mother for the steep tuition costs...and for some reason no one mentions the possibility of applying for a student loan. 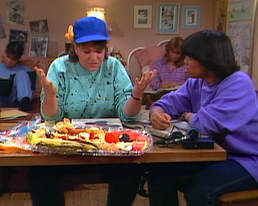 The Facts gals pull an all-nighter to study for their exams. 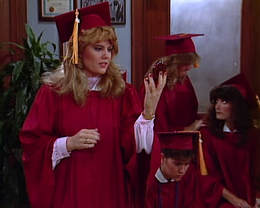 ​Jo and Blair graduate from Eastland amid a lot of family drama and sad nostalgia from Tootie.