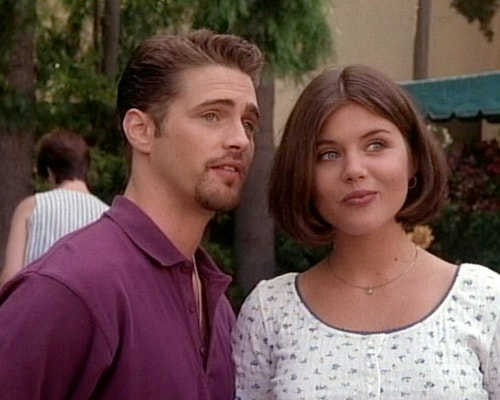 Valerie Malone joins the 90210 gang as Brenda's replacement, and she does her part in keeping the delicious, catty drama going. Following her breakup with David, Donna hooks up with Ray "Pumpkin Head" Pruit and eventually discovers his dark, abusive side. Kelly suffers burn injuries during a rave party gone bad and soon after falls prey to a creepy cult leader. Dylan goes on a drug and alcohol fueled bender and nearly dies in a car crash, and Brandon stays on the straight and narrow until he's dumped (sort of ) by Kelly at the end of the season.

Enjoy all 32 snark and commentary filled episode recaps of the most iconic television show of the '90s!