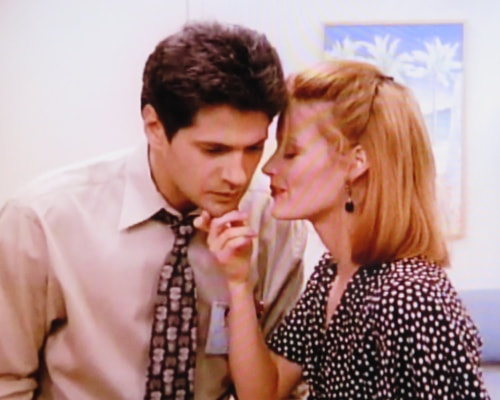 In Season 2, Alison and Billy fall in love and become engaged - but don’t quite make it to the altar when a trauma from Alison’s childhood resurfaces. Michael gets into a car accident while driving drunk, severely injuring Kimberly in the process. Sydney dabbles in the seedy world of prostitution before blackmailing Michael into marriage. Jo re-connects with and gets knocked up by an old boyfriend, who turns out to be a dangerous criminal she’s forced to fatally shoot. Amanda reconciles (sort of) with her estranged mother, Linda Gray, when she makes her debut appearance in the initial crossover episodes for the short-lived Melrose Place spin-off, Models, Inc.