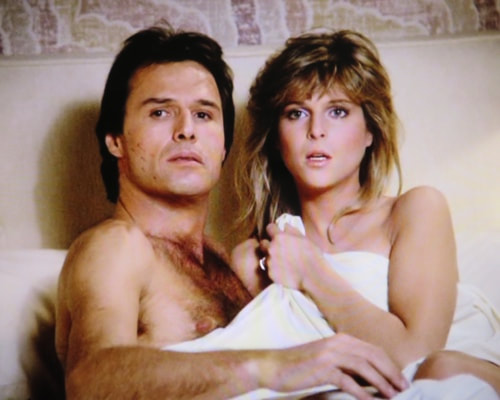 The Carrington clan emerges (mostly) unscathed from the Moldavian Massacre and returns to Denver. Krystle is abducted by a sinister George Hamilton and held in captivity while her doppelgänger, Rita, assumes her role as lady of Carrington manor. Blake grows his empire with lucrative South China Sea leases, but squanders it in his relentless feud with Alexis. Dominique reunites with a lover from twenty years prior and informs him that he fathered her now fully grown daughter. Claudia’s marriage with Adam collapses after he refuses to reinstate her ownership of an oil well…and Amanda files for divorce from Prince Michael soon after she hits the sheets with Dex.